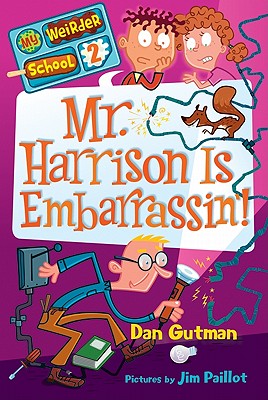 This is book number 2 in the My Weirder School series.

In this second book in the My Weirder School series, everything seems to be on the fritz, including the teachers! Luckily, Mr. Harrison, the tech guy at Ella Mentry School, can fix anything: computers, phones, pencil sharpeners. He can also build anything, like a solar-powered umbrella! But when the power goes out in the school, everyone is yelling and screaming and freaking out in the dark. Can Mr. Harrison save the day before there’s total chaos?