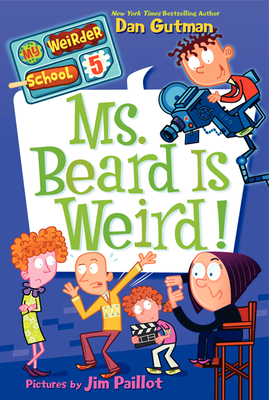 This is book number 5 in the My Weirder School series.

In this fifth book in the My Weirder School series, the hot new reality show, The Real Teachers of Ella Mentry, is filming at school. Everybody wants to win the TV show's grand prize! The weird director, Ms. Beard, tells the teachers and students to act normal. Yeah, like that's gonna happen!

Perfect for reluctant readers and word lovers alike, Dan Gutman's hugely popular My Weird School series has something for everyone. Don't miss the hilarious adventures of A.J. and the gang.