My Weirder School #6: Mayor Hubble Is in Trouble! (Paperback) 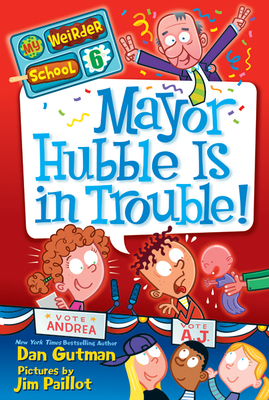 This is book number 6 in the My Weirder School series.

In this sixth book in the My Weirder School series, Election Day is almost here, and guess who's running for third grade class president? A.J. and Andrea! To help them, Mayor Hubble is stopping by Ella Mentry School to teach the kids all the ins and outs of politics, and why every vote counts. Who's going to win? Who's going to lose? And who's going to kiss a baby? Ew, gross!