My Weirder School #9: Ms. Sue Has No Clue! (Paperback) 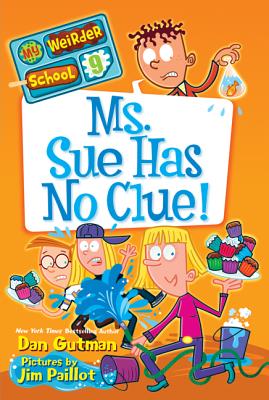 This is book number 9 in the My Weirder School series.

In this ninth book in the My Weirder School series, it's time for the annual Ella Mentry School fund-raiser, and guess who's in charge? Alexia's mom, Ms. Sue! She has the teachers selling everything from summer sausages and cheesy popcorn to dead goldfish in plastic bags to raise money for new playground equipment. But what happens when Ms. Sue crosses the line? Somebody's going to end up in the big house (and by "big house," we don't mean a big house!).

“Light, appealingly goofy... The lesson of the day here is fun.” — Publishers Weekly on Miss Daisy Is Crazy!

“A sure-fire hit for the most reluctant reader.” — Kirkus Reviews on Miss Daisy Is Crazy!