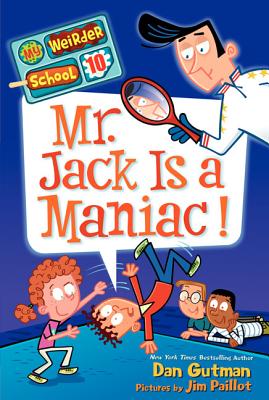 This is book number 10 in the My Weirder School series.

For A.J. and the gang at Ella Mentry School, weirdness and fun are all part of the routine. In this tenth book in the outrageously funny My Weirder School series, Principal Klutz thinks the kids at Ella Mentry School need to learn some self-defense moves. But the guy he hired—Mr. Jack—thinks he's an action hero! He spends all his time looking in the mirror. He does everything in slow motion. How are the kids supposed to learn anything?

Perfect for reluctant readers and word lovers alike, My Weird School has something for everyone.