My Weirder School #11: Miss Klute Is a Hoot! (Paperback) 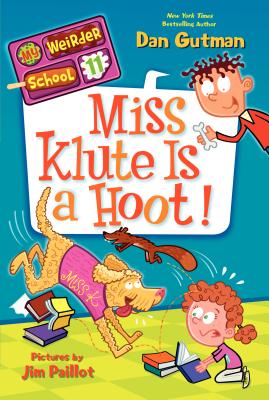 This is book number 11 in the My Weirder School series.

In this eleventh book in the My Weirder School series, A.J. and his friends learn that the reading scores at Ella Mentry School are way down. So, Mr. Macky decides to hire a special new helper to whip the kids into shape—Miss Klute, a Labradoodle! No one understands why they have to read to a therapy dog every day at story time, until the first time they try it. Suddenly everyone wants a turn to read to Miss Klute! But when the kids decide that Miss Klute is spending too much time inside listening to stories—that their therapy dog herself needs therapy—they let her outside, and all chaos breaks loose!