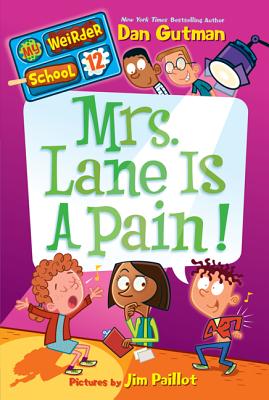 This is book number 12 in the My Weirder School series.

For A.J. and the gang at Ella Mentry School, weirdness and fun are all part of the routine. In this twelfth book in the outrageously funny My Weirder School series, Principal Klutz hires a talent coach, Mrs. Lane, to help the kids prepare for the Ella Mentry School talent show. But what will A.J.'s talent be? And what happens when Mrs. Lane tries to steal the show?

Perfect for reluctant readers and word lovers alike, Dan Gutman's hugely popular My Weird School series has something for everyone. Don't miss the hilarious adventures of A.J. and the gang.