Adventure According to Humphrey (Paperback) 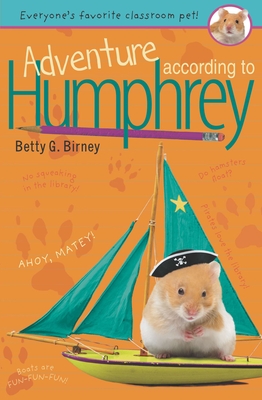 This is book number 5 in the Humphrey series.

The fifth book in the beloved and award-winning school hamster series!

The students in Room 26 are learning about boats and building their own for a race on Potter's Pond. Humphrey the hamster loves dreaming about being a pirate and watching his friends build ships. But when he mistakenly ends up at sea on the day of the boat race, he finds himself in the middle of more adventure than he bargained for! Humphrey is back in this charming story of a hamster on the high seas of hilarity.

Look for all twelve of Humphrey's adventures!