Mysteries According to Humphrey (Paperback) 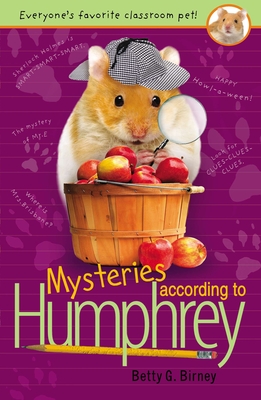 This is book number 8 in the Humphrey series.

Humphrey has always investigated things, like why Speak-Up-Sayeh was so quiet and Tall-Paul and Small-Paul didn't get along, but this is a true mystery--Mrs. Brisbane is missing! She just didn't show up in Room 26 one morning and no one told Humphrey why. The class has a substitute teacher, called Mr. E., but he's no Mrs. Brisbane. Humphrey has just learned about Sherlock Holmes, so he vows to be just as SMART-SMART-SMART about collecting clues and following leads to solve the mystery of Mrs. Brisbane (and a few others along the way).

Nominated for twenty-four state awards and the winner of seven, the Humphrey series is a hit across the country.