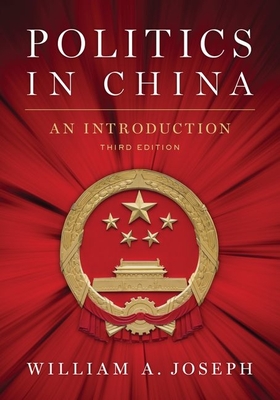 By William A. Joseph (Editor)
Email or call for price.
Not currently on the shelf, but we can order it, to pick up in store or have shipped from our remote warehouse.

On October 1, 2019, the People's Republic of China (PRC) will celebrate the 70th anniversary of its founding. And what an eventful and tumultuous seven decades it has been During that time, under the leadership of the Chinese Communist Party (CCP), China has been transformed from one of world's poorest countries into one of its fastest growing economies, and from a weak state barely able to govern or protect its own territory to a rising power that is challenging the United States for global influence. But in the late 1950s, the PRC experienced the most deadly famine in human history, caused largely by the actions and inactions of its leaders. Not long after, there was a collapse of government authority that pushed the country to the brink of (and in some places actually into) civil war and anarchy. And in 1989, the CCP unleashed the army to brutally crush demonstrations by students and others calling for political reform. China is now, for the most part, peaceful, prospering, and proud. The CCP maintains a firm grip on power through a combination of harsh repression and popular support largely based on its recent record of promoting rapid economic growth. Yet, the party and country face serious challenges on many fronts, including a slowing economy, environmental desecration, pervasive corruption, extreme inequalities, ethnic unrest, and a rising tide of social protest. Politics in China provides an accessible yet authoritative introduction to how the world's most populous nation and rapidly rising global power is governed today. The third edition has been extensively revised, thoroughly updated, and includes a new chapter on the internet and politics in China. The book's chapters provide overviews of major periods in China's
modern political history from the mid-nineteenth century to the present, examinations of key topics in contemporary Chinese politics, and analyses of developments in four important areas located on China's geographic periphery: Tibet, Xinjiang, Hong Kong, and Taiwan.

William A. Joseph is Professor of Political Science and chair of the department at Wellesley College and an Associate in Research of the John King Fairbank Center for Chinese Studies at Harvard University. He is the author of The Critique of Ultra-Leftism in China (1984) and editor or co-editor of New Perspectives on the Cultural Revolution (1991), China Briefing (1991, 1992, 1994, 1997), The Oxford Companion to Politics of the World (2nd ed., 2001), Introduction to Comparative Politics: Political Challenges and Changing Agendas (8th ed., 2018.)