Television Rewired: The Rise of the Auteur Series (Hardcover) 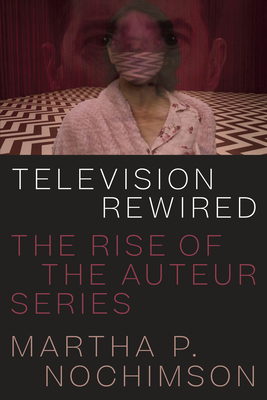 By Martha P. Nochimson
Email or call for price.
We can ship this now!

In 1990, American television experienced a seismic shift when Twin Peaks premiered, eschewing formulaic plots and clear lines between heroes and villains. This game-changing series inspired a generation of show creators to experiment artistically, transforming the small screen in ways that endure to this day.

Focusing on six shows (Twin Peaks, with a critical analysis of both the original series and the 2017 return; The Wire; Treme; The Sopranos; Mad Men; and Girls), Television Rewired explores what made these programs so extraordinary. As their writers and producers fought against canned plots and moral simplicity, they participated in the evolution of the exhilarating new auteur television while underscoring the fact that art and entertainment don't have to be mutually exclusive. Nochimson also makes provocative distinctions between true auteur television and shows that were inspired by the freedom of the auteur series but nonetheless remained entrenched within the parameters of formula. Providing opportunities for vigorous discussion, Television Rewired will stimulate debates about which of the new television series since 1990 constitute "art" and which are tweaked "business-driven storytelling."