The Last Descendant of Aeneas: The Hapsburgs and the Mythic Image of the Emperor (Hardcover) 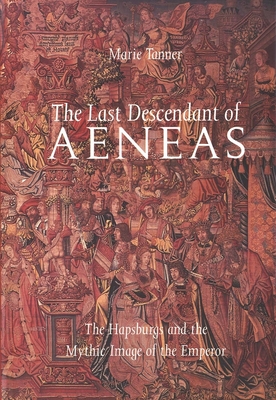 By Marie Tanner
Email or call for price.
Out of Print

From antiquity to the eve of the modern era, rulers of Western empires inspired hero worship by proclaiming their divine origins. In this fascinating original study, Marie Tanner presents the history of the emperor's mythic image and its continuing influence on Western political thought. She shows that these pretensions to divinity were based on the Trojan legend and the myth of Rome as developed in Vergil’s Aeneid and that later Christian emperors expanded these claims by tracing their lineage not only to the pagan gods but also to the priest-kings of the Old Testament. Through this amalgam of heritages each successive Holy Roman emperor proclaimed that he was the last descendant of Aeneas, destined to yield the terrestrial rule of Rome to Christ and thereby inaugurate millennial peace.

By examining a wide range of literary, artistic, and historical sources plus a corpus of new illustrations, Tanner discovers remarkable chains of evidence for this process, one that culminates with the Renaissance Hapsburgs who imbued the holiest symbols of the faith with dynastic meaning as they attempted to consolidate all priestly and secular powers in their grip. On these foundations Philip II of Spain, son of the Holy Roman Emperor Charles V and the first monarch to rule the four known continents, created a new concept of absolute monarchy that shaped the principles of modern statecraft and determined the dominant form of government in Europe for the next two centuries.

Marie Tanner has taught at Rutgers University and at Queens College of the City University of New York, and is currently an independent scholar residing in New York City.