Lawyers and the Construction of Transnational Justice (Hardcover) 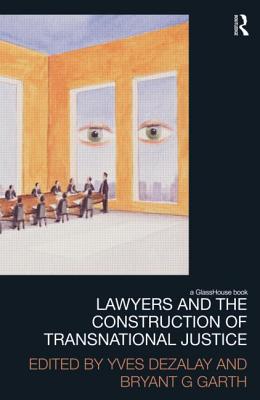 Yves Dezalay is a director emeritus of research at the Centre National de la Recherche Scientifique (CNRS) in France. His books include Marchands de droit (Paris: Fayard, 1992) and Professional Competition and Professional Power, Lawyers, Accountants and the Social Construction of Markets (co-edited with D Sugarman) (London: Routledge, 1995). He has also co-authored four books with Bryant Garth., Bryant G Garth is Dean and Professor of Law at Southwestern Law School. He began his tenure as Dean in 2005. Prior to that time, he served for 14 years as Director of the American Bar Foundation in Chicago and four years as Dean of Indiana University School of Law-Bloomington. His research focuses on the legal profession and on the globalisation of law.