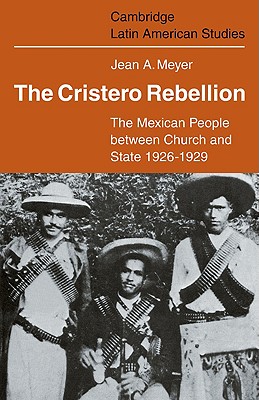 By Jean A. Meyer
$43.99
Not currently on the shelf, but we can order it, to pick up in store or have shipped from our remote warehouse.

The Cristero movement is an essential part of the Mexican Revolution. When in 1926 relations between Church and state, old enemies and old partners, eventually broke down, when the churches closed and the liturgy was suspended, Rome, Washington and Mexico, without ever losing their heads, embarked upon a long game of chess. These years were crucial, because they saw the setting up of the contemporary political system. The state established its omnipotence, supported by a bureaucratic apparatus and a strong privileged class. Just at the moment when the state thought that it was finally supreme, at the moment at which it decided to take control of the Church, the Cristero movement arose, a spontaneous mass movement, particularly of peasants, unique in its spread, its duration, and its popular character. For obvious reasons, the existing literature has both denied its reality and slandered it.