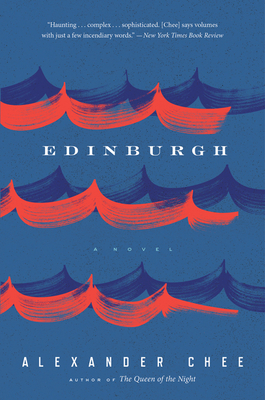 From the best-selling author of How To Write an Autobiographical Novel, Alexander Chee's award-winning debut is "One of the great queer novels . . . of our time."—Brandon Taylor, GQ

Twelve-year-old Fee is a shy Korean-American boy growing up in Maine whose powerful soprano voice wins him a place as section leader of the first sopranos in his local boys choir. But when, on a retreat, Fee discovers how the director treats the boys he makes section leader, he is so ashamed, he says nothing of the abuse, not even when Peter, Fee’s best friend, is in line to be next. The director is eventually arrested, and Fee tries to forgive himself for his silence. But when Peter takes his own life, Fee blames only himself.

Years later, after he has carefully pieced a new life together, Fee takes a job at a private school near his hometown. There he meets a young student, Arden, who, to his shock, is the picture of Peter—and the son of his old choir director.

Told with “the force of a dream and the heft of a life” (Annie Dillard), this is a haunting, lyrically written debut novel that marked Chee “as a major talent whose career will bear watching” (Publisher’s Weekly).

ALEXANDER CHEE is the best-selling author of the novels The Queen of the Night and Edinburgh, and the essay collection How to Write an Autobiographical Novel. He is a contributing editor at the New Republic, and an editor at large at Virginia Quarterly Review. His work has appeared in The Best American Essays 2016, the New York Times Magazine, the New York Times Book Review, the New Yorker, T Magazine, Slate, Vulture, among others. He is winner of a 2003 Whiting Award, a 2004 NEA Fellowship in prose and a 2010 MCCA Fellowship, and residency fellowships from the MacDowell Colony, the VCCA, Civitella Ranieri and Amtrak. He is an associate professor of English at Dartmouth College.

“Haunting . . .complex . . . sophisticated . . . [Chee] says volumes with just a few incendiary words.” —New York Times   “A coming-of-age novel in the grand Romantic tradition, where passions run high, Cupid stalks Psyche, and love shares the dance floor with death . . . A lovely, nuanced, never predictable portrait of a creative soul in the throes of becoming.” —Washington Post   “Lyrical . . . arresting . . . compelling . . . Edinburgh is beautifully imagined and executed . . . Profound and poetic . . . Chee's is a voice worth listening to.” —San Francisco Chronicle   “Edinburgh has the force of a dream and the heft of a life. And Alexander Chee is a brilliant new writer.” —Annie Dillard   “Alexander Chee gets my vote for the best new novelist I've read in some time. Edinburgh is moody, dramatic—and pure.” —Edmund White   “Few coming-of-age novels truly stir one's emotions or lead readers to consider the trauma of their own lives. Edinburgh does both.” —Newsday —