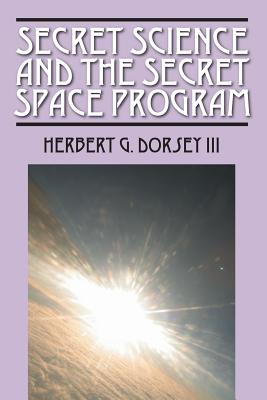 By Herbert G. Dorsey
$16.95
Not currently on the shelf, but we can order it, to pick up in store or have shipped from our remote warehouse.

There are areas of science that are off limits to the public and are not taught in our universities. The science and technology of anti-gravity and extracting energy from space itself was developed in the late 19th and early 20th century by scientists and experimenters like John Worrell Keely, Nicola Tesla, and Thomas Townsend Brown. But today, this science is purposely overlooked and regulated to the world of "Black Projects." The publicly acknowledged space program is but a "smoke screen" to hide a secret space program, overseen by NSA, the CIA and a secret branch of the U.N., that is so secret that even some U.S. Presidents and Congressional oversight committees are not even aware of it. Secret Science and the Secret Space Program will document and provide an in depth look at this secret science and technology and the secret space program that has already colonized Mars, built bases on our Moon and other planet's moons and given us the ability to travel to the stars. "Black" science is so far ahead of acknowledged science that this book will seem like science fiction to many who read it.

Herbert G. Dorsey III received a degree in Electrical Engineering from University of California at Santa Barbara in 1982. In 1985, he became acquainted with the ideas of Thomas Bearden and John Bedini which allowed for free energy generation but ran counter to his formal schooling. Herbert Dorsey realized that there were holes in the formal science that he was taught and resolved to become a free energy researcher. Along the way, he also discovered the science of anti-gravity. In the 1990s, he attended many UFO conferences and met many interesting people that worked on secret government projects and was amazed at what he learned from them. Now, he wishes to share that knowledge with you.