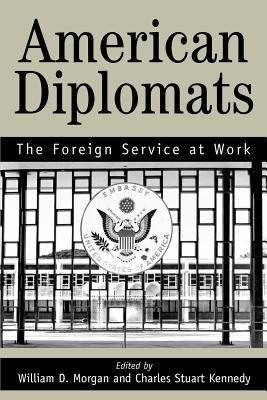 What do the men and women of America's diplomatic corps do? William D. Morgan and Charles Stuart Kennedy, themselves career diplomats, culled over 1400 oral interviews with their Foreign Service peers to present forty excerpts covering events from the 1920s to the 1990s. Insiders recount what happens when a consul spies on Nazi Germany, Mao Tse-Tung drops by for a chat, the Cold War begins with the Berlin blockade, the Marshall Plan rescues Europe, Sukarno moves Indonesia into the communist camp, Khrushchev calls President Kennedy an SOB, and our ambassador is murdered in Kabul. "You are there" accounts deepen readers' understanding, as diplomatic and consular officers talk about the beginnings of Kremlinology, predicting a coup in Ecuador, Hemingway and the embassy in Havana, the secret formulation of the NATO treaty, Jerusalem after the British and the US recognition of Israel, fighting in the Congo over Katangan secession, dealing with an alcoholic foreign president, human rights work in Paraguay, the U.S. Embassy takeover in Tehran, the bombing of the U.S. Embassy in Beirut, helping families of the Pan Am 103 victims, Greece and Turkey at odds over a tiny island, embassy roles in Riyadh and Tel Aviv during Desert Storm, and many more.