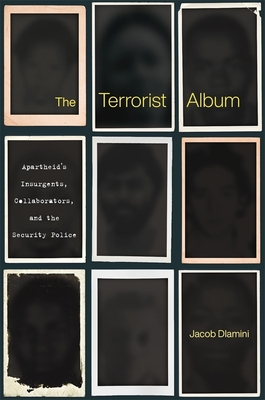 By Jacob Dlamini
$29.95
Not currently on the shelf, but we can order it, to pick up in store or have shipped from our remote warehouse.

An award-winning historian and journalist tells the very human story of apartheid's afterlife, tracing the fates of South African insurgents, collaborators, and the security police through the tale of the clandestine photo album used to target apartheid's enemies.

From the 1960s until the early 1990s, the South African security police and counterinsurgency units collected over 7,000 photographs of apartheid's enemies. The political rogue's gallery was known as the "terrorist album," copies of which were distributed covertly to police stations throughout the country. Many who appeared in the album were targeted for surveillance. Sometimes the security police tried to turn them; sometimes the goal was elimination. All of the albums were ordered destroyed when apartheid's violent collapse began. But three copies survived the memory purge. With full access to one of these surviving albums, award-winning South African historian and journalist Jacob Dlamini investigates the story behind these images: their origins, how they were used, and the lives they changed. Extensive interviews with former targets and their family members testify to the brutal and often careless work of the police. Although the police certainly hunted down resisters, the terrorist album also contains mug shots of bystanders and even regime supporters. Their inclusion is a stark reminder that apartheid's guardians were not the efficient, if morally compromised, law enforcers of legend but rather blundering agents of racial panic. With particular attentiveness to the afterlife of apartheid, Dlamini uncovers the stories of former insurgents disenchanted with today's South Africa, former collaborators seeking forgiveness, and former security police reinventing themselves as South Africa's newest export: "security consultants" serving as mercenaries for Western nations and multinational corporations. The Terrorist Album is a brilliant evocation of apartheid's tragic caprice, ultimate failure, and grim legacy.