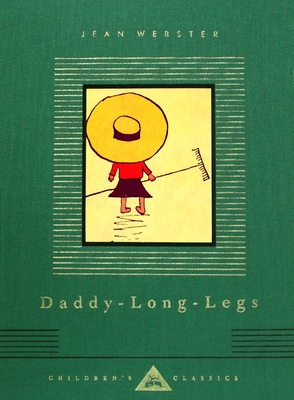 An orphaned girl named Judy Abbott and an unknown, unseen benefactor who sends her to college and whom she refers to as "Daddy-Long-Legs" are the two principals in this immensely popular modern-day fairy tale. Told through Judy's letters and illustrated by her own quaint drawings, DADDY-LONG-LEGS is a profound and tender homage to the power of awakening love.

Jean Webster (1875-1916) was born in Fredonia, New York, the daughter of Charles L. Webster, who was Mark Twain's publisher and business partner. Educated at Vassar College, she must have been a woman with a strong social conscience, perhaps aroused by her visits as a student to orphanages and other institutions (part of her economics course: her degree was in English and economics). She was always concerned for the plight of children who began life with such disadvantages and later she served on committees for prison reform and regularly visited Sing Sing jail. She wrote a number of novels that are now forgotten, but the last two, Daddy-Long-Legs (1912) and its sequel Dear Enemy (1915), have survived both in book form, stage and film versions, and a British musical comedy Love from Judy produced in 1953. In 1915 Jean Webster married Glenn Ford McKinney. She died a year later, the day after the birth of her daughter.