The Empire at Home: Internal Colonies and the End of Britain (Paperback) 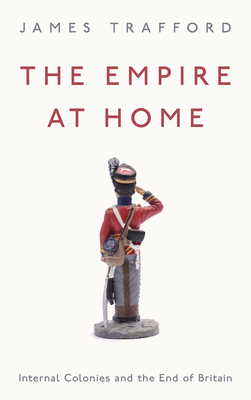 By James Trafford
Email or call for price.
NOT AVAILABLE PLEASE DON'T ORDER

Modern Britain is forged through the redeployment of structures that facilitated and legitimized slavery, exploitation and extermination. This is the 'empire at home' and it is inseparable from the strategies of neo-colonial extraction and oppression of subjects abroad. Here, James Trafford develops the notion of internal colonies, arguing that methods and structures used in colonial rule are re-deployed internally in contemporary Britain in order to recreate and solidify imperial power relations. Using examples including housing segregation, targeted surveillance and counter-insurgency techniques used in the fight against terrorism, Trafford reveals Britain's internal colonialism to be a reactive mechanism to retain British sovereignty. As politics appears limited by nationalism and protectionism, The Empire at Home issues a powerful challenge to contemporary politics, demanding that Britain as an imperial structure must end.

James Trafford is Reader in Philosophy and Design in the school of Communication Design at the University for the Creative Arts. He is the author of Meaning in Dialogue (Springer, 2017), and co-editor of Alien Vectors (Routledge, 2019), and Speculative Aesthetics (MIT Press, 2016).