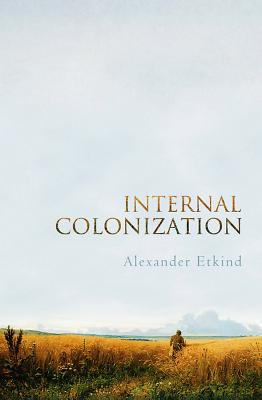 By Alexander Etkind
$31.25
Not currently on the shelf, but we can order it, to pick up in store or have shipped from our remote warehouse.

This book gives a radically new reading of Russia's cultural history. Alexander Etkind traces how the Russian Empire conquered foreign territories and domesticated its own heartlands, thereby colonizing many peoples, Russians included. This vision of colonization as simultaneously internal and external, colonizing one's own people as well as others, is crucial for scholars of empire, colonialism and globalization.

Starting with the fur trade, which shaped its enormous territory, and ending with Russia's collapse in 1917, Etkind explores serfdom, the peasant commune, and other institutions of internal colonization. His account brings out the formative role of foreign colonies in Russia, the self-colonizing discourse of Russian classical historiography, and the revolutionary leaders' illusory hopes for an alliance with the exotic, pacifist sectarians. Transcending the boundaries between history and literature, Etkind examines striking writings about Russia's imperial experience, from Defoe to Tolstoy and from Gogol to Conrad.

This path-breaking book blends together historical, theoretical and literary analysis in a highly original way. It will be essential reading for students of Russian history and literature and for anyone interested in the literary and cultural aspects of colonization and its aftermath.

Alexander Etkind is Professor of Russian Literature and Cultural History at the University of Cambridge, where he is also a Fellow at King's College. His most recent book is Internal Colonization: Russia's Imperial Experience (2011).