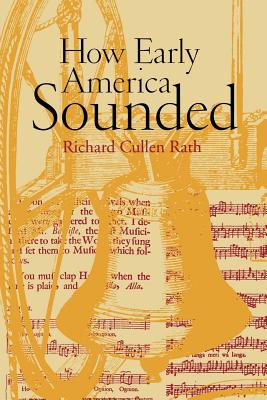 By Richard C. Rath
Email or call for price.
Not currently on the shelf, but we can order it, to pick up in store or have shipped from our remote warehouse.

My hope is that by attending to sound I have been able to open up parts of these worlds, not to get a glimpse of them but to listen in. These were worlds much more alive with sound than our own, worlds not yet disenchanted, worlds perhaps even chanted into being.--from the IntroductionIn early America, every sound had a living, willful force at its source. Sometimes these forces were not human or even visible. In this fascinating and highly original work of cultural history, Richard Cullen Rath recreates in rich detail a world remote from our own, one in which sounds were charged with meaning and power.From thunder and roaring waterfalls to bells and drums, natural and human-made sounds other than language were central to the lives of the inhabitants of colonial America. Rath considers the multiple soundscapes shaped by European Americans, Native Americans, and African Americans from 1600 to 1770, and particularly the methods that people used to interpret and express their beliefs about sound. In the process he shows how sound shaped identities, bonded communities, and underscored--or undermined--the power of authorities.This book's stunning evidence of the importance of sound in early America--even among the highly literate New England Puritans--reminds us of a time before a world dominated by the visual, a young country where hearing was a more crucial part of living.

Richard Cullen Rath is Associate Professor of History at the University of Hawaii at Manoa.