Lost on Me (Paperback) 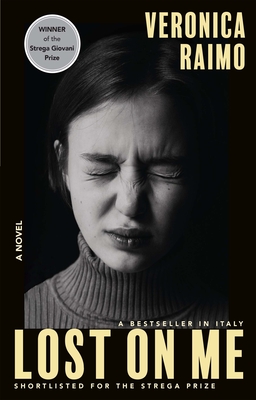 A bestseller and award-winner in Veronica Raimo's native Italy, Lost on Me is an irreverent and hilariously inverted bildungsroman from one of the most celebrated young writers working today.

Born into a family with an omnipresent mother who is devoted to her own anxiety, a father ruled by hygienic and architectural obsessions, and a precocious genius brother at the center of their attention, our heroine Vero languishes in boredom in her childhood home. Peering through tiny windows while cramped in her family coven, Vero periodically attempts to strike out but is no match for her mother's relentless tracking methods and masterful guilt trips. Vero's every venture outside their Rome apartment ends in her being unceremoniously returned home. It's no wonder that she becomes a writer - and a liar - inventing stories in a bid for her own sanity.

Spikey and clever, Vero delights in her own devious schemes. As she guides us through her failed attempts at emancipation, her discovery of sex and fixations with unwitting men, and ultimately her contentious relationship with reality, she also brings alive Rome from the 1980's through the early 2000's. With restless intelligence and covert tenderness, Lost on Me takes on the uncertain enterprise of becoming a woman.