A War of Frontier and Empire: The Philippine-American War, 1899-1902 (Paperback) 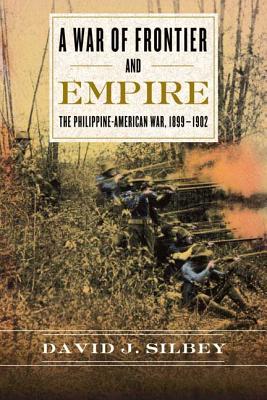 By David J. Silbey
$20.00
Not currently on the shelf, but we can order it, to pick up in store or have shipped from our remote warehouse.

It has been termed an insurgency, a revolution, a guerrilla war, and a conventional war. As David J. Silbey demonstrates in this taut, compelling history, the 1899 Philippine-American War was in fact all of these. Played out over three distinct conflicts—one fought between the Spanish and the allied United States and Filipino forces; one fought between the United States and the Philippine Army of Liberation; and one fought between occupying American troops and an insurgent alliance of often divided Filipinos—the war marked America's first steps as a global power and produced a wealth of lessons learned and forgotten.

First-rate military history, A War of Frontier and Empire retells an often forgotten chapter in America's past, infusing it with commanding contemporary relevance.

David J. Silbey teaches at Cornell University’s Washington, D.C., campus. He is the author of The Boxer Rebellion and the Great Game in China (Hill and Wang, 2012) and A War of Frontier and Empire: The Philippine-American War, 1899–1902 (Hill and Wang, 2007).

“A timely, deft reexamination… It is a quick and sobering study.” —Peter Kneisel, The Boston Globe