Politics in Music: Music and Political Transformation from Beethoven to Hip-Hop (Paperback) 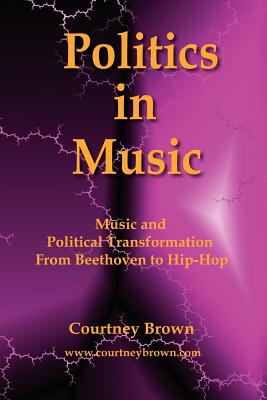 By Courtney Brown
$24.95
Not currently on the shelf, but we can order it, to pick up in store or have shipped from our remote warehouse.

This book discusses the political content of music over the past 200 years, from the classical to the hip-hop genres and everything in between. Beginning with Beethoven, Courtney Brown describes how Beethoven's music has been used to support a wide variety of political views across the entire ideological spectrum, both during Beethoven's life and long after. Then a provocative comparison of Bob Marley's music and Richard Wagner's "Ring" operas identifies striking similarities between the political ideas of these two composers relating to the idea of revolution. Nationalist music is then described and elaborated through examples, drawing from a wide range of national identities. Brown then turns to labor music by focusing on the legend of Joe Hill. Movement and non-movement related political music is then explored and compared, including the music associated with the Vietnam War. Finally, the political content of hip-hop is examined. Never before has a book covered such a broad spectrum of political music. This is a timely publication given the exponential growth of contemporary political music.