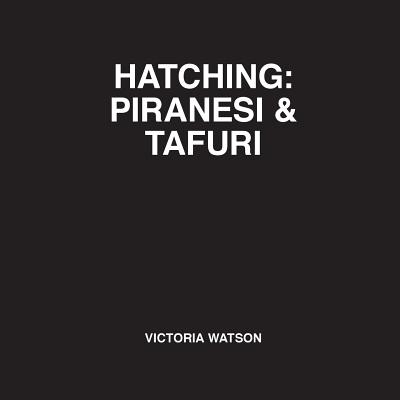 By Victoria Watson
$23.32
Not currently on the shelf, but we can order it, to pick up in store or have shipped from our remote warehouse.

Hatching: Piranesi & Tafuri presents an interpretation and a critical design proposal, it was inspired by Manfredo Tafuri's essay The Wicked Architect: G.B. Piranesi, Heterotopia and the Voyage. Tafuri's essay was published as the introductory chapter to his book The Sphere and the Labyrinth, Avant-Gardes and Architecture from Piranesi to the 1970s.

The book is organised as a kind of journey that travels between Tafuri's writing about Piranesi and the design of a one kilometre long housing block, known as Corviale that was built in the 1970s on the southwestern periphery of Rome.

Hatching: Piranesi & Tafuri is a re-working of an earlier publication of the same title, published in 2015 by the Big Air World. It is a supplement to Utopian Adventure: The Corviale Void, which was published in 2012 and suported by a scholarship from the British School at Rome, awarded to the author in 2010.