Joint By Design: The Evolution of Australian Defence Strategy (Hardcover) 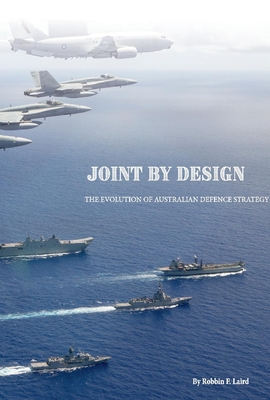 In the midst of the COVID-19 crisis, the prime minister of Australia, Scott Morrison, launched a new defense and security strategy for Australia. This strategy reset is a significant one and puts Australia on the path of enhanced defense capabilities. It is a serious shift in its policies towards China, and in reworking alliance relationships going forward.
This new strategy is designed to focus Australia's attention on the Indo-Pacific region, and it will have a significant impact on its closest ally, the United States, as well. This strategic shift has been several years in the making, and this book addresses the course of this strategic rethink.
But this book although focused on Australia, is not just about Australia. The strategic shift from the land wars to full spectrum crisis management requires the liberal democracies to have forces lethal enough, survivable enough and agile enough to support full spectrum crisis management. What is being shaped is an integrated distributed force able to operate through interactive kill webs. Because the Australian Defence Force is small but operating in many ways the most modern Air Force in the democratic world, they have focused on force integration as a key necessity to achieve the desired combat effect.

A long-time analyst of global defense issues, he has worked in the U.S. government and several think tanks, including the Center for Naval Analysis and the Institute for Defense Analysis. He is a Columbia University alumnus, where he taught and worked for several years at the Research Institute of International Change, a think tank founded by Dr. Brzezinski. He is a frequent op-ed contributor to the defense press and has written several books on international security issues.
Dr. Laird has taught at Columbia University, Queens College, Princeton University, and Johns Hopkins University. He has received various academic research grants as well from various foundations, including the Thyssen Foundation and the United States Institute for Peace.
Dr. Laird has worked for many elements of the U.S. government and with think tanks such as the Center for Defense Analysis and the Institute for Defense Analysis. He is a member of the Board of Contributors of Breaking Defense and publishes there on a regular basis. He is a regular contributor to FrontLine Defence as well.
He is a frequent visitor to Australia where he is a research fellow with the Williams Foundation whicht conducts seminars on the transformation of the Australian Defence Force. Recently, he took on the position of research fellow with the Institute for Integrated Economic Research, Australia. The institute is focused on a number of key macro-social/defense issues with establishing trusted supply chains and building resiliency in dealing with the challenges posed by the twenty-first-century authoritarian powers.
He is also based in Paris, France, where he regularly travels throughout Europe and conducts interviews and talks with the leading policy makers in the region.