The Country Life: A Novel (Paperback) 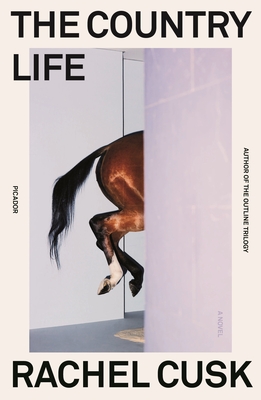 The Country Life, Rachel Cusk’s third novel, is a rich and subtle story about embarrassment, awkwardness, and being alone; about families, or the lack of them; and about love in some peculiar guises.

“A brilliant oxymoron—a serious farce . . . Cusk’s ability to keep us interested in innumerable human collisions is uncanny.” —The New Yorker

Stella Benson sets off for Hilltop, a tiny Sussex village housing a family that is somewhat larger-than-life. Her hopes for the Maddens may be high, but her station among them—as au pair to their irascible son, Martin—is undeniably low.

What could possibly have driven her to leave her home, job, and life in London for such rural ignominy? Why has she severed all contact with her parents? And why is she so reluctant to talk about her past?

Rachel Cusk was born in Canada in 1967 and spent much of her childhood in Los Angeles before finishing her education at St Mary's Convent, Cambridge. She read English at New College, Oxford, and has travelled extensively in Spain and Central America. She is the author of six novels. The first, Saving Agnes (1993), won the Whitbread First Novel Award. A Life's Work: On Becoming a Mother (2001) is a personal exploration of motherhood. In The Lucky Ones (2003) she uses a series of five narratives, loosely linked by the experience of parenthood, to write of life's transformations, of what separates us from those we love and what binds us to those we no longer understand. In 2003, Rachel Cusk was nominated by Granta magazine as one of 20 'Best of Young British Novelists'. Her latest novel is Outline (2014).

“A sophisticated confection . . . For this delightful novel about the governess from hell, maybe only the word 'wicked' will do.” —The New York Times Book Review

“A brilliant oxymoron--a serious farce so subtle that its command of the reader must called insidious . . . Bright, candid, and modestly humorous, Stella Benson lures us into complicity . . . Cusk's ability to keep us interested in innumerable human collisions is uncanny. We may finally learn Stella's secrets, but she remains as fascinatingly indecipherable as anyone we know.” —The New Yorker

“Enchanting . . . A funny, modern Jane Eyre combined with an Anne Tyler-esque tale about escaping from the pressures of an unhappy urban life.” —Newsday

“Hilarious . . . Stella is strange because strangeness is part of the human condition; she's just a little more aware of it than most people.” —Village Voice Literary Supplement