The Wintering Place: A Novel (Hardcover) 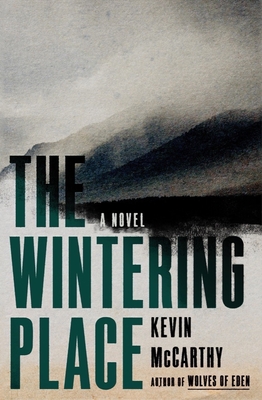 Deserting to escape the horrors of the Indian wars two soldiers, Irish brothers, seek peace with the woman they love.

Dakota Territory, 1867. The O’Driscoll brothers have survived a Sioux massacre, but Michael is gravely wounded. The deserters are fleeing north with Tom’s lover, Sara, when they come upon a sheltering rock by a river down off the Bozeman trail. If there is game here, they may survive the winter. But their attempts to find food and endure the savage winter are threatened by the arrival in their camp of two trappers, whose presence sets in motion a series of bloody events that will mark the trio as Outlaws, hunted by the Montana Vigilance Committee, their likenesses appearing on Wanted posters in settlements and mining camps along the trail. Enter any town, and they will have to shoot their way out. The rock and the river become their safe place, and when spring comes, their paradise. But the world seeks its way to them, and even in paradise human nature makes its own trouble. In this follow-up to his acclaimed novel, Wolves of Eden, Kevin McCarthy tells a story of three very human characters battling to survive in a vast, beautiful, and unforgiving landscape.

Kevin McCarthy is the author of the historical novels Wolves of Eden, Irregulars, Peeler, and, most recently, The Wintering Place. He lives in Dublin, Ireland.