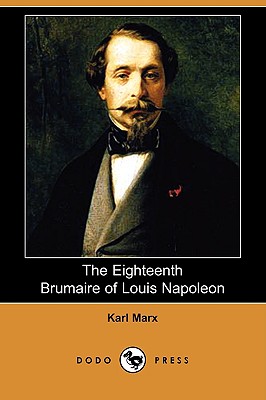 By Karl Marx, D. L. D. D. L. (Translator)
$13.99
Not currently on the shelf, but we can order it, to pick up in store or have shipped from our remote warehouse.

Karl Heinrich Marx (1818-1883) was a German philosopher, a political economist, and a revolutionary. Marx addressed a wide range of issues; he is most famous for his analysis of history, summed up in the opening line of the introduction to the Communist Manifesto (1848): "The history of all hitherto existing society is the history of class struggles. " Marx believed that capitalism would be replaced by communism. He was both a scholar and a political activist, often called the father of communism. While Marx was a relatively obscure figure in his own lifetime, his ideas began to exert a major influence on workers' movements shortly after his death. This influence was given added impetus by the victory of the Marxist Bolsheviks in the Russian October Revolution. His most famous works include: The Poverty of Philosophy (1847), Contribution to the Critique of Political Economy (1859), Capital (1867) and The Civil War in France (1871).