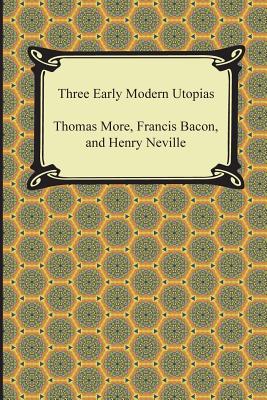 By Thomas More, Francis Bacon, Henry Neville
$9.99
Not currently on the shelf, but we can order it, to pick up in store or have shipped from our remote warehouse.

While Thomas More first coined the word utopia in his 1516 book of the same name, the concept of a near perfect society dates at least back to the period of classical antiquity. Plato's "The Republic" is often cited as one of earliest attempts at addressing just such a society. However in the 16th century Thomas More's work established itself as the most famous example of this genre of literature. More's "Utopia" is described as an idealized island community upon which perfect social harmony has been achieved, all property is community owned, violence is nonexistent and everyone has the opportunity to work and live in an environment of religious tolerance. Along with this work "Three Early Modern Utopias" also includes Francis Bacon's "New Atlantis" and Henry Neville's "The Isle of Pines." Bacon's work, which appears over a century after Utopia, also concerns a utopian island which is happened upon by the crew of a European ship. On Bacon's mythical island of Bensalem, "generosity and enlightenment, dignity and splendor, piety and public spirit" are the commonly held qualities of its inhabitants. Neville's work follows a similar construct as Bacon's when five people are shipwrecked on the idyllic "Isle of Pines." These three early works help to define an entire genre of literature and greatly influenced the work of the many authors who followed in their footsteps.