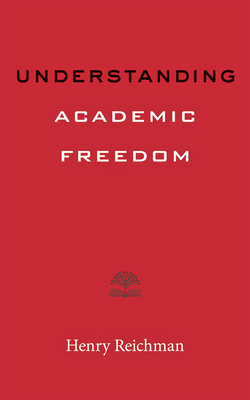 Academic freedom is once again at the epicenter of the crisis in higher education. A community college instructor in Iowa is pressured to resign after his pro-antifa social media comments garner vicious harassment that administrators find threatening to campus safety. A tenured biology professor at a college on Long Island is threatened with dismissal because she allegedly grades students too strictly. And in the wake of the COVID-19 pandemic, a conservative activist calls on his followers to take advantage of online classes to send any and all videos of blatant indoctrination to his organization so that it might expose and blacklist leftist professors.

These incidents from the 2019-20 academic year represent only the tip of the iceberg. Academic freedom, long heralded as a core value of American higher education, may now be in as much danger as at any time the 1950s. But what is academic freedom? A value upheld for one's supporters (but not one's opponents) when discussing a polarizing controversy? Or a narrow claim of privilege by a professorial elite, immune from public accountability?

In this concise and compelling book, Henry Reichman, who chaired the American Association of University Professors' Committee on Academic Freedom and Tenure for nearly a decade, mounts a rigorous defense of academic freedom and its principal means of protection: the system of academic tenure. Probing academic freedom's role in multiple contexts, Reichman draws on a wealth of historical and contemporary examples to offer the first comprehensive introduction to the concept in all its manifestations. Elucidating its sometimes complicated meanings, Reichman argues that academic freedom--like its cousin, freedom of speech--cannot easily be defined but, instead, emerges from the contextual application of guiding principles developed and modified over time. He also explores why the rise of contingent faculty employment represents the gravest current threat to academic freedom; reveals how academic freedom is complicated by both fiercely polarized campus environments and the emergence of social media that extend speech beyond the lecture halls of the academy; and touches on the rights of students in and out of class, including treatment of student protest movements.