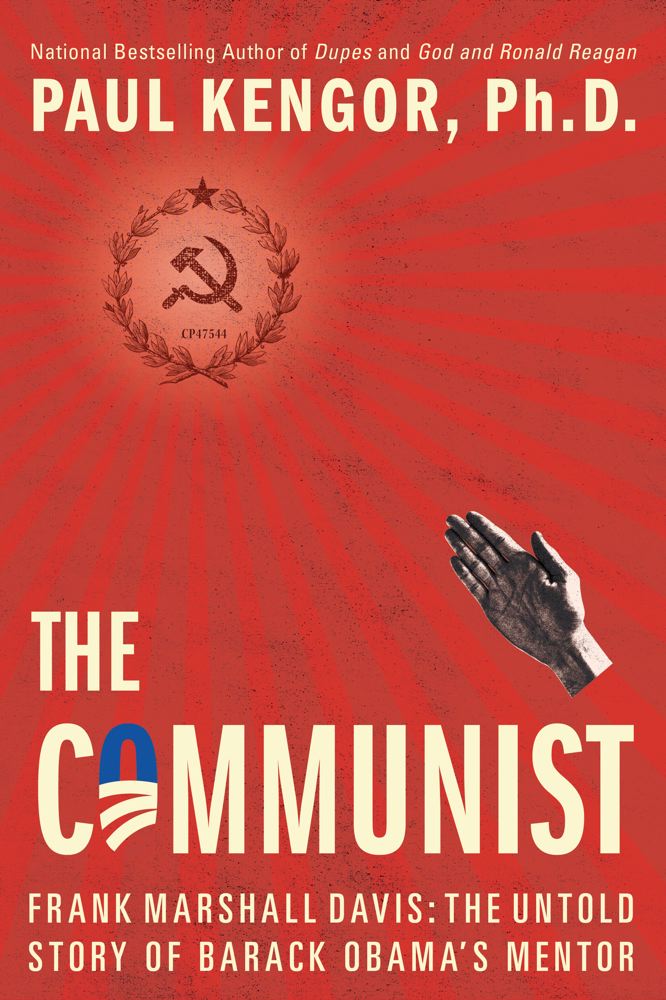 By Paul Kengor
Email or call for price.
Hard to Find

“I admire Russia for wiping out an economic system which permitted a handful of rich to exploit and beat gold from the millions of plain people. . . . As one who believes in freedom and democracy for all, I honor the Red nation.” —FRANK MARSHALL DAVIS, 1947

In his memoir, Barack Obama omits the full name of his mentor, simply calling him “Frank.” Now, the truth is out: Never has a figure as deeply troubling and controversial as Frank Marshall Davis had such an impact on the development of an American president.

Although other radical influences on Obama, from Jeremiah Wright to Bill Ayers, have been scrutinized, the public knows little about Davis, a card-carrying member of the Communist Party USA, cited by the Associated Press as an “important influence” on Obama, one whom he “looked to” not merely for “advice on living” but as a “father” figure.

While the Left has willingly dismissed Davis (with good reason), here are the indisputable, eye-opening facts: Frank Marshall Davis was a pro-Soviet, pro–Red China communist. His Communist Party USA card number, revealed in FBI files, was CP #47544. He was a prototype of the loyal Soviet patriot, so radical that the FBI placed him on the federal government’s Security Index. In the early 1950s, Davis opposed U.S. attempts to slow Stalin and Mao. He favored Red Army takeovers of Central and Eastern Europe, and communist control in Korea and Vietnam. Dutifully serving the cause, he edited and wrote for communist newspapers in both Chicago and Honolulu, courting contributors who were Soviet agents. In the 1970s, amid this dangerous political theater, Frank Marshall Davis came into Barack Obama’s life.

Aided by access to explosive declassified FBI files, Soviet archives, and Davis’s original newspaper columns, Paul Kengor explores how Obama sought out Davis and how Davis found in Obama an impressionable young man, one susceptible to Davis’s worldview that opposed American policy and traditional values while praising communist regimes. Kengor sees remnants of this worldview in Obama’s early life and even, ultimately, his presidency.

Kengor charts with definitive accuracy the progression of Davis’s communist ideas from Chicago to Hawaii. He explores how certain elements of the Obama administration’s agenda reflect Davis’s columns advocating wealth redistribution, government stimulus for “public works projects,” taxpayer-funding of universal health care, and nationalizing General Motors. Davis’s writings excoriated the “tentacles of big business,” blasted Wall Street and “greedy” millionaires, lambasted GOP tax cuts that “spare the rich,” attacked “excess profits” and oil companies, and perceived the Catholic Church as an obstacle to his vision for the state—all the while echoing Davis’s often repeated mantra for transformational and fundamental “change.”

And yet, The Communist is not unsympathetic to Davis, revealing him as something of a victim, an African- American who suffered devastating racial persecution in the Jim Crow era, steering this justly angered young man on a misguided political track. That Davis supported violent and heartless communist regimes over his own country is impossible to defend. That he was a source of inspiration to President Barack Obama is impossible to ignore.

Is Obama working to fulfill the dreams of Frank Marshall Davis? That question has been impossible to answer, since Davis’s writings and relationship with Obama have either been deliberately obscured or dismissed as irrelevant. With Paul Kengor’s The Communist, Americans can finally weigh the evidence and decide for themselves.

There were hundreds of thousands of American communists like Frank who agitated throughout the twentieth century. They chose the wrong side of history, a horrendously bloody side that left a wake of more than 100 million corpses from the streets of the Bolshevik Revolution to the base of the Berlin Wall—double the combined dead of the century’s two world wars. And they never apologized. Quite the contrary, they cursed their accusers for daring to charge (correctly) that they were communists whose ideology threatened the American way and the greater world and all of humanity. They took their denials to the grave, and still today their liberal/progressive dupes continue to conceal their crimes and curse their accusers for them. We need hundreds and thousands of more books on American communists like Frank, so we can finally start to get this history right— and, more so, learn its vital lessons. To fail to do so is a great historical injustice.

We especially need to flesh out these lessons, which are morality tales in the truest sense of the word, when we find the rarest case of a man like “Frank” managing to influence someone as influential as the current president of the United States of America—the leader of the free world and driver of the mightiest political/economic engine in history. Such figures cannot be ignored.

The people who influence our presidents matter.

—from The Communist: The Untold Story of Barack Obama’s Mentor

Paul Kengor, Ph.D., is a bestselling author whose works include Dupes: How America’s Adversaries Have Manipulated Progressives for a Century; God and Ronald Reagan; God and George W. Bush; God and Hillary Clinton; and The Crusader: Ronald Reagan and the Fall of Communism. His articles regularly appear in publications ranging from USA TODAY to The New York Times, plus numerous academic journals. A professor at Grove City College, Kengor is a frequent commentator on television and radio. Kengor earned his bachelor’s degree and Ph.D. from the University of Pittsburgh and his master’s from American University.