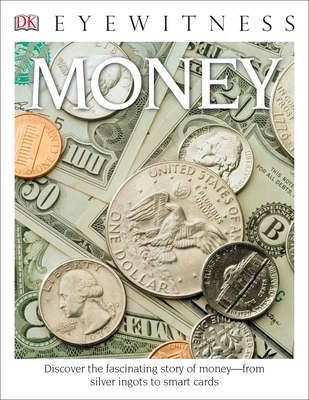 Why did the ancient Greeks put coins in the mouths of dead people? What does one million dollars actually look like? Find out the answers to these questions and much more in this fascinating children's book about money.

Before the notes and coins of today, feathers, stones, and even shells have all been used as money! Explaining everything from the ingots of the 19th century to the smartcards of today, Eyewitness Money is your guide to the amazing history of currency.

Starting with the earliest coins, chart the evolution of money and its role in war, trade, and culture. Featuring colorful visuals, this reference book uncovers both modern and ancient currencies from around the world, including those of France, Denmark, Italy, Spain, China, and Belgium. You will also discover what the world’s largest coin looks like and how you can build a coin collection of your own.

Eyewitness Money also comes with a timeline of banking and a glossary of key terms.

Joe Cribb is a celebrated numismatist who specializes in Asian coinage. He authored the first English-language catalog on Chinese silver ingots and is an expert on coins of the Kushan Empire. From 2005 to 2009 he served as the president of the Royal Numismatic Society. Cribb worked in the Department of Coins and Medals of the British Museum from the early 1970s until his retirement in 2010. In 2009 he was awarded the Huntington Medal of the American Numismatic Society.