Everything Was Possible: The Birth of the Musical Follies (Paperback) 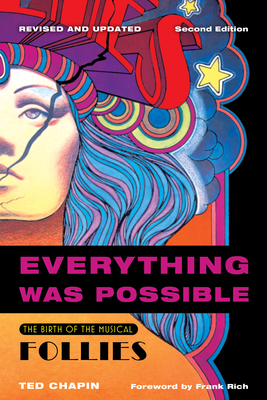 Ted Chapin was president of The Rodgers & Hammerstein Organization for more than thirty years, having been hired by the two families shortly after Richard Rodgers passed away. His career has ranged from assistant director on the original production of Neil Simon's The Sunshine Boys to being one of the founders of the Encores! series at New York City Center. He sits on several boards and is the co-chairman of the American Theatre Wing and chairman of the Kurt Weill Foundation for Music. Producing two well regarded seasons of Lyrics & Lyricists at 92Y, and three seasons of NJTV's American Songbook for NJPAC, he is a frequent speaker at colleges and has made several film and television appearances.