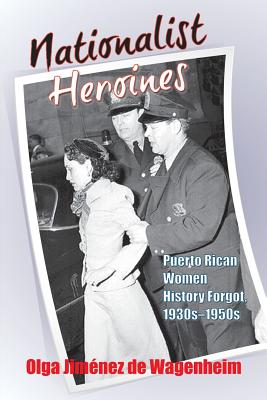 By Olga Jimenez De Wagenheim
$26.95
Not currently on the shelf, but we can order it, to pick up in store or have shipped from our remote warehouse.

From the moment the United States seized Puerto Rico, in 1898, to the 1950s, the islanders employed various forms of resistance to the imposition of American colonial rule. A group of Nationalists led by Pedro Albizu Campos made it clear that they would free Puerto Rico, by armed struggle if necessary. A confrontation between the Nationalists and the colonial police in October 1935 left four Nationalists dead. A few months later two Nationalists killed the Chief of Police, Francis E. Riggs. Albizu Campos and seven of his aides were convicted on seditious charges and sent to a federal prison in Atlanta, Georgia. His followers attempted to hold a demonstration in Ponce, Albizu Campos's hometown, and were gunned down by the police: nineteen unarmed men, women, and children were killed and more than one hundred and fifty wounded. Dominga de la Cruz ran from a place of safety to rescue the flag from a wounded comrade. Back in Puerto Rico in 1947, Albizu Campos began to plan for a revolution, which he launched on October 30, 1950. A commando unit of five attacked the Governor's residence while others assaulted police stations in half a dozen cities and towns throughout the island. One woman, Doris Torresola, was shot while protecting her leader. The same day Blanca Canales was one of three to lead the revolt in Jayuya. Two days later, two Nationalists, residents of New York, attempted to kill President Truman at Blair House, his temporary residence. Massive arrests followed and forty-one women were detained on suspicion that they had conspired with the rebels. Two of the fifteen women indicted were sentenced to life in prison. Then, on March 1, 1954, another woman, Dolores Lebr n, led three male companions in an attack on the U.S. House of Representatives in which five congressmen were shot for keeping Puerto Rico in bondage. Historians have largely overlooked the roles of these Nationalist women. Nationalist Heroines: Puerto Rican Women History Forgot, 1930s-1950s seeks to rescue the stories of the women who gave up their freedom in the quest to free their homeland.