Bulgaria in Europe: Charting a Path Toward Reform and Integration (Paperback) 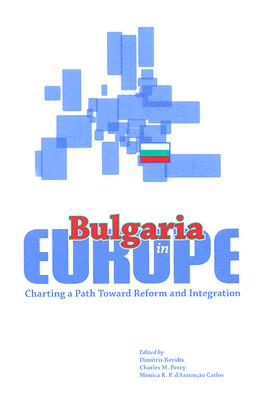 In cooperation with the Kokkalis Foundation, this volume is the fourth in the IFPA-Kokkalis Series on Southeast European Policy. The book explores Bulgaria's progress in the realms of economic and political reform, as well as its overall strategic and foreign policy priorities, within the context of its desires to contribute as a new NATO member, to join the European Union, and to play a leading role within and beyond Southeast Europe. Contributors include Bulgaria's former president, its deputy prime minister, and its deputy foreign minister and distinguished experts from Europe and the United States, including Jeffrey Sachs (Harvard/Columbia University), Laza Kekic (Economist Intelligence Unit), Dimitris Kourkoulas (Delegation of the European Commission in Bulgaria), Elisabetta Falcetti (European Bank for Reconstruction and Development), and Robert L. Pfaltzgraff, Jr. (The Fletcher School).