The Cowshed: Memories of the Chinese Cultural Revolution (Hardcover) 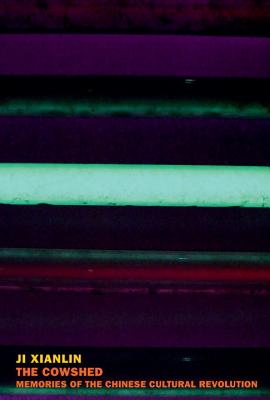 By Ji Xianlin, Chenxin Jiang (Translated by), Zha Jianying (Introduction by)
$24.95
Email or call for price.

The Chinese Cultural Revolution began in 1966 and led to a ten-year-long reign of Maoist terror throughout China, in which millions died or were sent to labor camps in the country or subjected to other forms of extreme discipline and humiliation. Ji Xianlin was one of them. The Cowshed is Ji’s harrowing account of his imprisonment in 1968 on the campus of Peking University and his subsequent disillusionment with the cult of Mao. As the campus spirals into a political frenzy, Ji, a professor of Eastern languages, is persecuted by lecturers and students from his own department. His home is raided, his most treasured possessions are destroyed, and Ji himself must endure hours of humiliation at brutal “struggle sessions.” He is forced to construct a cowshed (a makeshift prison for intellectuals who were labeled class enemies) in which he is then housed with other former colleagues. His eyewitness account of this excruciating experience is full of sharp irony, empathy, and remarkable insights into a central event in Chinese history.

In contemporary China, the Cultural Revolution remains a delicate topic, little discussed, but if a Chinese citizen has read one book on the subject, it is likely to be Ji’s memoir. When The Cowshed was published in China in 1998, it quickly became a bestseller. The Cultural Revolution had nearly disappeared from the collective memory. Prominent intellectuals rarely spoke openly about the revolution, and books on the subject were almost nonexistent. By the time of Ji’s death in 2009, little had changed, and despite its popularity, The Cowshed remains one of the only testimonies of its kind. As Zha Jianying writes in the introduction, “The book has sold well and stayed in print. But authorities also quietly took steps to restrict public discussion of the memoir, as its subject continues to be treated as sensitive. The present English edition, skillfully translated by Chenxin Jiang, is hence a welcome, valuable addition to the small body of work in this genre. It makes an important contribution to our understanding of that period.”

Ji Xianlin (1911–2009) was born in the impoverished flatlands of Shandong Province, only weeks before the Qing government was overthrown, and educated in Germany in the 1930s. After the Second World War, he returned to China to co-chair the Eastern Languages Department at Peking University. A distinguished scholar of Sanskrit and Pali, Ji was best known as an influential essayist and public intellectual. The former Chinese premier Wen Jiabao paid visits to the author during his final years and made it known that he considered Ji a mentor.

Chenxin Jiang was born in Singapore and grew up in Hong Kong. She received the 2011 Susan Sontag Prize for Translation, as well as a PEN Translation Grant for her work on Ji Xianlin. Chenxin also translates from Italian and German. She studied comparative literature and creative writing at Princeton University.

Zha Jianying is a journalist and nonfiction writer. She is the author of two books in English, China Pop: How Soap Operas, Tabloids, and Bestsellers Are Transforming a Culture and Tide Players: The Movers and Shakers of a Rising China. Her work has appeared in a variety of publications, including The New Yorker, The New York Times, and Dushu.

"At the center of Ji’s account, ably translated by Chenxin Jiang, is the ‘cowshed' of the title…[Ji’s] description of this institution, really a kind of mini concentration camp, is unforgettable.” —Richard Bernstein, The New York Times Book Review

“Offers a rare and harrowing description of life as a prisoner of the Red Guards...[with] a compelling introduction.” —Jane Perlez, The New York Times Sinosphere blog

“Cowshed deserves to be near the top of anyone’s list of literary memoirs of China under Maoist rule.” —Philip F. Williams, World Literature Today

"China doesn’t make it easy for its people to openly discuss sensitive issues. Some were surprised, then, when a professor at one of the country’s most prestigious universities published this memoir in 1998 of his abuse during the decade-long, deadly social upheaval known as the Cultural Revolution. This book is a short, clear read, and now it’s in English." —Cara Anna, Associated Press

"A bestseller in China, this memoir calls attention to the tremendous injustices wrought in that anarchic time. . . . [Ji’s] pages seethe with grievance and reckoning. . . . [A] meaningful document of a time too little chronicled and now all but forgotten by younger Chinese people." —Kirkus Reviews

"Ji, as a world-renowned expert on Buddhism, Sanskrit, and comparative religions, brings a perspective to this hellish time that is marvelously informed, ironic, and revealing. Western readers get far more than simply an opportunity to be immersed in the sordid details of Red Guard torture. This book raises questions about religiosity, dictatorship, and trauma that will impact far beyond the China studies world. Chenxin Jiang’s translation and notes elucidate with skill, and empathy, the difficult details of the text. . . . Here lies the opportunity of genuine testimony, as glimpsed so dramatically in the works of Primo Levi, Jean Améry, and Dori Laub." —Vera Schwarcz, Mansfield Freeman Professor of East Asian Studies, Wesleyan University

"The most detailed account of Mao-era violence ever published inside China, now available in English translation." —Perry Link, Distinguished Professor of Comparative Literature and Foreign Languages, University of California, Riverside

“To a remarkable extent, The Cowshed achieved Ji’s goal of directing public attention to the brutality of the Cultural Revolution. And in light of current events such as artist Ai Weiwei’s house arrest and Nobel laureate Liu Xiaobo’s imprisonment, Ji Xianlin’s eyewitness story of surviving ‘reform through labor’ is an especially timely read.”—Jiang Chenxin