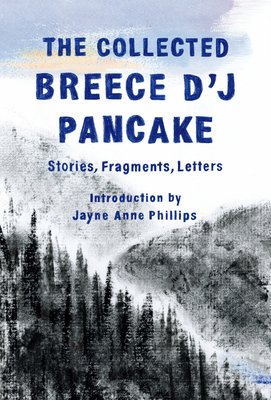 By Breece D'J Pancake, Jayne Anne Phillips (Introduction by)
$24.95
Not currently on the shelf, but we can order it, to pick up in store or have shipped from our remote warehouse.

A definitive edition of the haunted and haunting stories of the legendary West Virginia writer, with rare unfinished stories and fragments and revealing letters

Breece D'J Pancake published only a handful of stories before he took his own life in 1979, just shy of his twenty-seventh birthday. Those stories and a small number of others found among his papers after his death comprise the remarkable posthumous collection The Stories of Breece D'J Pancake (1983), recognized at the time as "an American Dubliners" (Jayne Anne Phillips) and a collection by a "young writer of such extraordinary gifts that one is tempted to compare his debut to Hemingway's" (Joyce Carol Oates). Kurt Vonnegut called him "merely the best writer, the most sincere writer I've ever read." Today his diverse admirers include Margaret Atwood, Andre Dubus III, Tom Waits, and Lorde.

The Collected Breece D'J Pancake brings together the original landmark book, several story drafts and fragments, and a selection of Pancake's letters to offer an unprecedented picture of his life and art. Among the unfinished stories are fragments from Pancake's two planned novels. The letters document his relationship with writers such as Peter Taylor, John Casey, James Alan McPherson, and Mary Lee Settle, and offer a picture of his collaborative relationship with his mother, who sent him newspaper clippings and helped him research his stories.

"Pancake's stories are the only stories written in just this way," Jayne Anne Phillips writes in her introduction, "from inside the minds of protagonists coming of age in the mountains of an Appalachian world closed to others." At once beautiful and relentlessly bleak, the stories concern miners, truckers, farmers, waitresses, and others facing constricted economic and life prospects. In one way or another, his characters are stuck, hoping for a change in fortune they can neither relinquish nor quite bring themselves to believe in, the land and the past making equally strong claims on their darkening present.

Breece D'J Pancake (June 29, 1952 - April 8, 1979) was born in West Virginia. He attended Marshall University and was a graduate of the creative writing program at the University of Virginia in Charlottesville, where he took his life before he was twenty-seven. Pancake published only a few short stories in his lifetime, which together with a handful of others that were unpublished at the time of his death, were collected in The Stories of Breece D'J Pancake (1983).

Born and raised in West Virginia, Jayne Anne Phillips is the author of two short-story collections, Black Tickets and Fast Lanes, and five novels, including Machine Dreams, Lark & Termite, and most recently Quiet Dell. She directs the MFA Program at Rutgers-Newark in New Jersey.

"In this vibrant collection, Pancake’s quirky, indelible prose is shadowed by the poignancy of his personal history. An intense, artistic misfit from rural West Virginia, Pancake died by suicide in 1979 at age 26, four years before The Stories of Breece D’J Pancake was published. In the front matter, Jayne Ann Phillips claims Pancake produced 'some of the best short stories written anywhere, at any time,' and James Alan McPherson notes how Pancake synthesized a Hemingway style with themes and characters inspired by his home state. And, indeed, the stories live up to the hype. Pancake balances muscular precision and economy with rich, evocative detail. In 'The Mark,' a struggling couple brushes aside the difficulties of the wife’s pregnancy to take their prize bull, Pride and Promise, to a fair. 'Fox Hunters' offers a bracing slice of West Virginia life, complete with junk cars in various stages of repair and an opossum or two. The successful protagonist of 'The Salvation of Me' learns that you can’t go home again. In addition to the stories and five fragments, the book includes a lengthy section of Pancake’s letters, which reads like a memoir. With its impressive quantity of annotation and tribute, this omnibus offers Pancake fans a deeper look at the artist and will go a long way to inviting others to join this legion." — Publishers Weekly (starred review)

"When Breece D’J Pancake took his life in 1979, at the age of 26, he had published six short stories, two of them in the Atlantic Monthly, and was on the cusp of wider literary renown. . . . Now they receive their deserved canonization with the Library of America’s Collected Breece D’J Pancake. . . . Pancake was an extraordinarily tactile writer. The naked emotions he summons are tangible in the rhythms of his sentences, the heavy, vibratory cadences that you can feel beneath your skin. . . . These stories survive him, heartbreaking not for their potential but their perfection." —The Wall Street Journal

"[Pancakes] writing is a conjuration that makes the perfunctory profound." —Rain Taxi Review of Books