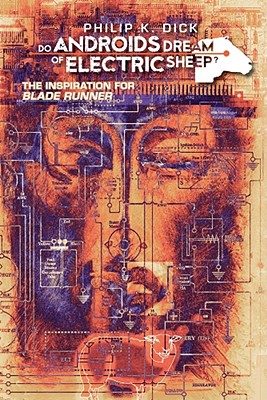 This is book number 1 in the Do Androids Dream of Electric Sheep? series.

The book that inspired the film BLADE RUNNER comes to comics Graphically interpreting the full text of Philip K. Dick's groundbreaking sci-fi masterpiece DO ANDROIDS DREAM OF ELECTRIC SHEEP? THE BOOK THAT INSPIRED THE FILM BLADE RUNNER COMES TO COMICS Worldwide best-selling sci-fi writer Philip K. Dick's award-winning DO ANDROIDS DREAM OF ELECTRIC SHEEP? has been called "a masterpiece ahead of its time, even today" and served as the basis for the film BLADE RUNNER. BOOM Studios is honored to present the complete novel transplanted into the comic book medium, mixing all new panel-to-panel continuity with the actual text from the novel in an innovative, ground-breaking 24-issue maxi-series experiment. San Francisco lies under a cloud of radioactive dust. The World War has killed millions, driving entire species to extinction and sending mankind off-planet. Those who remained coveted any living creature, and for people who couldn't afford one, companies built incredibly realistic fakes: horses, birds, cats, sheep... even humans. Rick Deckard is an officially sanctioned bounty hunter tasked to find six rogue androids -- they're machines, but look, sound, and think like humans -- clever, and most of all, dangerous humans. Rick Deckard, Pris, The Voight-Kampff Test, Nexus 6 androids, the Tyrell Corporation: join us for the publishing event of the year
"After I finished reading the screenplay for BLADE RUNNER, I got the novel out and looked through it. The two reinforce each other, so that someone who started with the novel would enjoy the movie and someone who started with the movie would enjoy the novel." -- Philip K. Dick.

"We are going to get the comic the way Phillip K. Dick wanted the story to be told."
-- Comic Vine

"Artist Tony Parker does a solid job...He's given the difficult, unenviable job of turning every part of Dick's writing into art - and to do so without copying the distinct visuals of Blade Runner. (...) All in all, this is an experiment that works and also contains a fabulous essay by Warren Ellis that introduces Philip K. Dick in a broader way. All in all, a great package ideal for newcomers and fans alike."
-- Comic Book Resources