Jackal: The Complete Story of the Legendary Terrorist, Carlos the Jackal (Paperback) 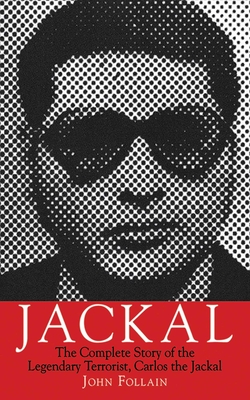 By John Follain
Email or call for price.
Hard to Find

On an August night in 1994, French counterespionage officers seized the world’s most wanted terrorist from a villa in Sudan. After more than two decades on the run, Carlos “the Jackal” had finally been caged. For years he had murdered and bombed his way to notoriety. Jackal is the definitive biography of this self- proclaimed “professional revolutionary,” ladies’ man, and cold-blooded killer. Setting his story against the larger political picture of the time, it exposes how the Soviet bloc and some Arab regimes sponsored terrorist actions for their own ends during the cold war.

Jackal reveals the web of intrigue, blackmail, and fear that guaranteed Carlos’s survival, the helping hand of Colonel Qadhafi, and the true nature of the “Kremlin Connections.” John Follain shows how the CIA and French intelligence compromised their own statutes by giving agents progressively freer license with murder and collateral damage in order to capture him. A cautionary tale of governments that fostered the image of an invincible criminal mastermind—in reality a pawn in the chilling cold war chess game between East and West—Jackal also provides fascinating insight into the making and mind of the world’s most wanted terrorist.