The Great The Late (Almost) United States of America. (Hardcover) 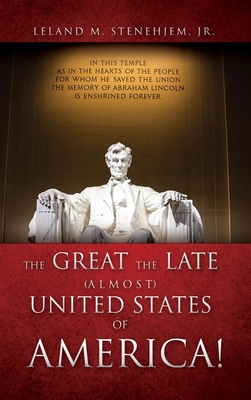 By Jr. Stenehjem, Leland M.
$33.49
Not currently on the shelf, but we can order it, to pick up in store or have shipped from our remote warehouse.

Leland M. Stenehjem, Jr., was born in Watford City, ND. He has BSBA and JD degrees from the University of North Dakota and an LL.M degree from The George Washington University Law School. He was a U.S. Army Captain and a White House Military Social Aide. He practiced law and was President/Chairman of banks. He held governor appointed positions as Commissioner of Banking and Director of the Office of Management and Budget for North Dakota. He was President and Chairman of the Independent Community Banks of America. He and his wife Sue have two children and three grandchildren.