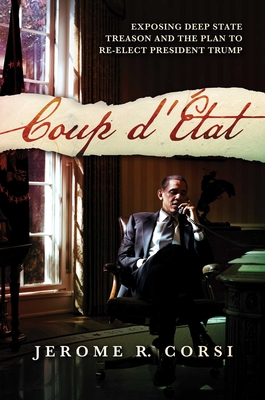 By Ph.D Corsi, Jerome R.
$30.00
Not currently on the shelf, but we can order it, to pick up in store or have shipped from our remote warehouse.

“This is…the most important book I have ever written.”—Jerome R. Corsi

Coup d’Etat blows the lid off the Deep State’s efforts to prevent the Trump presidency, disrupt his agenda, and prevent his reelection. In this book you’ll learn:


This is the book the Deep State and the media don’t want you to read.