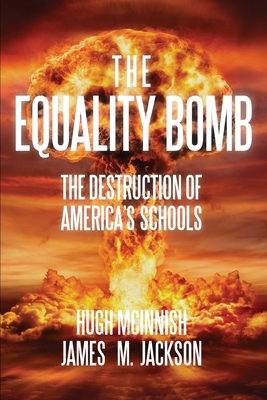 By Hugh McInnish, James M. Jackson
$22.95
Not currently on the shelf, but we can order it, to pick up in store or have shipped from our remote warehouse.

Bombs destroy a city; an equality bomb destroys a people.

The Equality Bomb, like rent control, is manufactured by well-intentioned rulers who don't understand what they are doing. They, just as advocates of rent control, see disparities among groups in the population, are pained by them, and seek to do good by eradicating them.

The Equality Bomb is a hard-hitting look at the train wreck that is the American School system. It is a train wreck based on the idea that all people are equal in terms of their ability and that education can be bought. The whole country is obsessed with the idea of equality, and while the black-white ability gap undeniably exists, the reason for this gap is not what you may have been told.