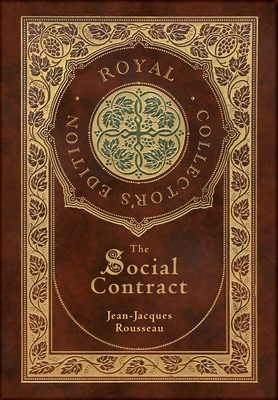 By Jean-Jacques Rousseau
Email or call for price.
Not currently on the shelf, but we can order it, to pick up in store or have shipped from our remote warehouse.

The Social Contract theorizes that the ability to coerce is not a legitimate power, and there is no rightful duty to submit to a state that enslaves its people. In this desired social contract, everyone will be free because they all forfeit the same number of rights and impose the same duties on all. Jean-Jacques Rousseau argues that it is absurd for a man to surrender his freedom for slavery; thus, the participants must have a right to choose the laws under which they live.

The Social Contract helped inspire political reforms or revolutions in Europe, especially in France. The Social Contract argued against the idea that monarchs were divinely empowered to legislate. Rousseau asserts that only the people, who are sovereign, have that all-powerful right. Rousseau argues that small city-states are the form of nation in which freedom can best flourish.