Nuclear Iran: The Birth of an Atomic State (Hardcover) 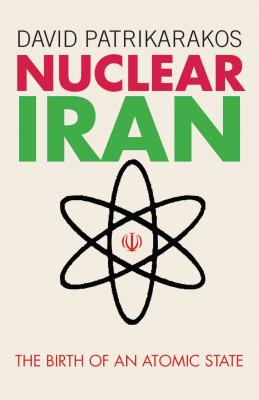 By David Patrikarakos
$40.00
Email or call for price.

The Iranian nuclear crisis has dominated world politics since the beginning of the century, with the country now facing increasing diplomatic isolation, talk of military strikes against its nuclear facilities and a disastrous Middle East war. What is Iran's nuclear programme all about? What is its genesis? There is little real understanding of Iran's nuclear programme, in particular its history, which is now over fifty years old. This ground-breaking book is unprecedented in its scope. It argues that the history of Iran's nuclear programme and the modern history of the country itself are irretrievably linked, and only by understanding one can we understand the other. From the programme's beginnings under the Shah of Iran, the book details the central role of the US in the birth of nuclear Iran, and, through the relationship between the programme's founder and the Shah of Iran himself, the role that nuclear weapons have played in the programme since the beginning.
The author's unique access to 'the father' of Iran's nuclear programme, as well as to key scientific personnel under the early Islamic Republic and to senior Iranian and Western officials at the centre of today's negotiations, sheds new light on the uranium enrichment programme that lies at the heart of global concerns. What emerges is a programme that has, for a variety of reasons, a deep resonance to Iran. This is why it has persisted with it for over half a century in the face of such widespread opposition. Drawing on years of research across the world, David Patrikarakos has produced the most comprehensive examination of Iran's nuclear programme - in all its forms to date.

David Patrikarakos is a writer and journalist who has written for the New Statesman, Financial Times, the London Review of Books, Prospect and the Guardian.

“What has been sorely missing from the debate about Iran’s nuclear program is a serious, reported effort to understand what goes on in the minds of the Iranians. David Patrikarakos, a journalist who has written for a number of high-end British periodicals, fills that void with “Nuclear Iran,” a cleareyed history of the Iranian nuclear program, enriched by access to a number of key participants and a wealth of scholarly empathy.”—Bill Keller, The New York Times Book Review

"In "Nuclear Iran" journalist David Patrikarakos attempts to demystify the 50-plus years of history behind Iran’s nuclear program, including its origins in Eisenhower’s “Atoms for Peace” program and the US-backed Pahlavi dynasty’s autocratic efforts to remake Iran in the image of the West. This book is a must-read for those seeking to understand Iran’s contemporary nuclear crisis."-- The Christian Science Monitor

"By his meticulous and painstaking study, David Patrikarakos has given us an engaging and comprehensive account of what is often described as the Iran Nuclear Crisis. The first detailed study of its kind, he seems to have not left a stone unturned to discover the facts and subject them to intelligent and even-handed analysis. It is a must read in all the power centers that are so acutely and urgently concerned with Iran's nuclear project, including IAEA, UN, America, EU, and Iran." - Homa Katouzian, the Iran Heritage Foundation Research Fellow, St Antony's College, and Member of the Faculty of Oriental Studies, University of Oxford

"This thoroughly readable book adds greatly to the current debate on the Iranian nuclear program. It should be read by all those who are interested in this topic" - Paul Rogers, Professor of Peace Studies, University of Bradford.

"This book is a watershed in the understanding of the Iranian nuclear program. No other book quite like it exists. It is a cogent, highly readable and very well-written account of the program's evolution from its inception to the present day that succeeds in unravelling the technical and political complexities which have often clouded our understanding of the program. It shows both a deep understanding of both modern Iran, and of its nuclear program. The book will be invaluable to policy analysts, politicians, diplomats, and journalists in Europe and the USA and is a must read for anyone with an interest in international affairs." -  Siavush Randjbar-Daemi, Lecturer, SOAS

"A very comprehensive, and useful description of the development of Iran's nuclear program. A topical account, it is essential reading for political leaders, journalists and all others interested in international politics and international relations...highly recommended." - Professor Frank Barnaby, Nuclear Issues Consultant to the Oxford Research Group

"This book is well worth reading. It is an engaging account of the whole story of Iranian nuclear policy and the material on the Shah's program creates interesting context for current developments. It represents a well-told story which, for those interested in Iran, and those who wish to learn more about the place given the nuclear crisis, will be a very useful source and reference point." - Professor Michael Clarke, Director General, Royal United Services Institute for Defence and Security Studies (RUSI)

"Patrikarakos has produced a meticulously researched study of Iran's nuclear program and situated it within the broader historical and political context. This fluent account, drawn from both archival and oral sources provides one of the best and most readable accounts of a program which has come to define Iran's relations with the West. An essential read for the general reader and specialist alike." - Prof Ali Ansari, Professor of History at University of St Andrews and Director of the Institute for Iranian Studies