From Empire to Orient: Travellers to the Middle East 1830-1926 (Paperback) 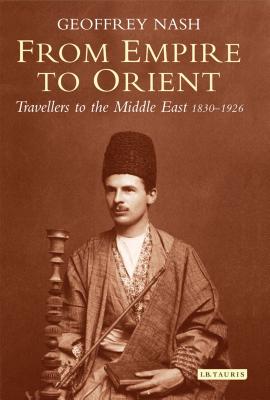 By Geoffrey Nash
Email or call for price.
Hard to Find

From Empire to Orient offers an alternative perspective on Britain's late imperial period by looking at the lives and the writings of the men who chose to defy the conventional social and political attitudes of the British ruling classes towards the Near East. Between the Greek revolt in 1830 and the fall of the Caliphate in 1924 a different kind of voice was heard that was both anti-Imperialist and pro-Islamic. Geoffrey Nash places David Urquhart 's passionate belief in the ideal of municipal government in Turkey, W.S. Blunt's enthusiasm for the Egyptian reformers of the Azhar, E.G. Browne's zeal for the Persian revolution and Marmaduke Pickthall's pained advocacy of the cause of the Young Turks into their political and historical context and into the context of their writings. The author argues that the actions of these men represented a distinctive identification with the Islamic world and of the involvement of the West in its politics. By condemning Britain's maneuvers and choice of allies in the Near East, each of these writers embellished a narrative of betrayal and a breach with the British educated classes' view of the Islamic East. Through the lives and writings of these men who identified so passionately with the Islamic world, Nash offers a fascinating perspective on Britain's late imperial period.