The Mission and the Kingdom: Wahhabi Power Behind the Saudi Throne (Paperback) 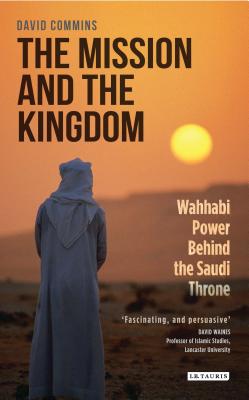 By David Commins
$15.95
Not currently on the shelf, but we can order it, to pick up in store or have shipped from our remote warehouse.

The emergence of ISIS has generated a new critical interest in the Wahhabi movement. Yet Wahhabism has been generating controversy since it first emerged in Arabia in the 18th century. Muslim critics have dismissed this conservative interpretation of Islam that is the official creed of Saudi Arabia as an unorthodox innovation that manipulated a suggestible people to gain political influence. David Commins' book questions this assumption. He examines the debate on the nature of Wahhabism, and offers original findings on its ascendance in Saudi Arabia and spread throughout other parts of the Muslim world such as Afghanistan and Pakistan. He also assesses the challenge that radical militants within Saudi Arabia pose to the region, as well as highlighting the new developments in Wahhabism in recent years, most notably its emergence in the radical Islamist movement ISIS.

David Commins is Professor of History at Dickinson College, Pennsylvania. He was a visiting scholar at the King Faisal Center for Research and Islamic Studies in Riyadh. He is the author of 'Islamic Reform: Politics and Change in Late Ottoman Syria' ( 1990) and 'Historical Dictionary of Syria' (2004).