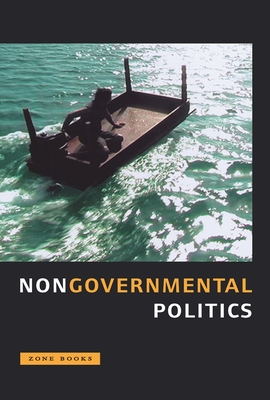 The past, present, and future prospects of nongovernmental politics--political activism that withdraws from traditional government but not from the politics associated with governing.

To be involved in politics without aspiring to govern, without seeking to be governed by the best leaders, without desiring to abolish all forms of government: such is the condition common to practitioners of nongovernmental politics. Whether these activists concern themselves with providing humanitarian aid, monitoring human rights violations, protecting the environment, educating consumers, or improving the safety of workers, the legitimacy and efficacy of their initiatives demand that they forsake conventional political ambitions. Yet even as they challenge specific governmental practices, nongovernmental activists are still operating within the realm of politics.Composed of scholarly essays on the challenges and predicaments facing nongovernmental activism, profiles of unique and diverse NGOs (including Memorial, Global Exchange, World Vision, and Third World Network), and interviews with major nongovernmental actors (Gareth Evans of International Crisis Group, Anthony Romero of the ACLU, Rony Brauman of M decins sans Fronti res, and Peter Lurie of Public Citizen, among others), this book offers a groundbreaking survey of the rapidly expanding domain of nongovernmental activism. It examines nongovernmental activists' motivations, from belief in the universality of human rights to concerns over the fairness of corporate stakeholders' claims, and explores the multiple ways in which nongovernmental agencies operate. It analyzes the strategic options available and focuses on some of the most remarkable sites of NGO action, including borders, disaster zones, and the Internet. Finally, the book analyzes the conflicting agendas pursued by nongovernmental advocates--protecting civil society from the intrusions of governments that lack accountability or wresting the world from neo-liberal hegemony on the one hand and hastening the return of the Savior or restoring the social order prescribed by the Prophet on the other.

Michel Feher is a founding editor and publisher of Zone Books. He is the author of Powerless by Design: The Age of the International Community and the editor of Fragments for a History of The Human Body (with Ramona Naddaff and Nadia Tazi).