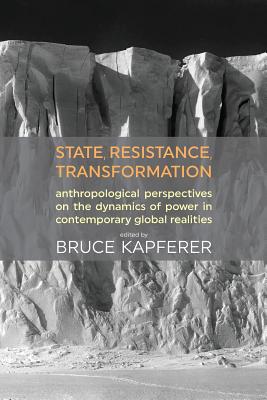 By Bruce Kapferer (Editor)
$40.00
Not currently on the shelf, but we can order it, to pick up in store or have shipped from our remote warehouse.

The territorially sovereign nation-state - the globally dominant political formation of Western modernity - is in crisis. Though it is a highly heterogeneous assemblage, moulded by different histories involving myriad socio-cultural processes, its territorial integrity and sovereignty are always contingent and related to the distribution and organization of authority and power, and the state's position within encompassing global dynamics.

This volume attends to these contingencies as they are refracted by the communities and populations that are variously incorporated (in conformity or resistance) within their ordering processes. With ethnographically grounded analyses and thick description of locales as various as Russia, Lebanon and Indonesia, a vital conversation emerges about forms of state control under challenge or in transition.

It is clear that the politico-social configurations of the state are still taking new directions, such as extremist populism and a general dissatisfaction with the corporatism of digital and technological revolutions. These are symptoms of the dilemmas at the peripheries of capital growth coming home to roost at their centres. Such transformations demand the new forms of conceptualization that the anthropological approaches of the essays in this volume present.

A fascinating and timely collection that dwells on the unsettled nature of contemporary relationships between 'state' and 'society'. Drawing on case studies from beyond the heartland of political theory, contributors refuse to treat global phenomena as generic and focus instead on the specific social relations that constitute the varied possibilities and limits of contemporary state power.
Penny Harvey, Professor of Social Anthropology, University of Manchester

This is political anthropology on a truly large canvas. The standing question about how 'state' and 'society' relate, and whether the distinction between them makes sense in the first place, is tackled deftly through the lenses of varying conceptions and practices of power and resistance.
Martin Holbraad, Professor of Social Anthropology, University College London